Get off the Statue

A few minutes later, the guy is summoned to get off the statue, by a team of policemen and firefighters. :P 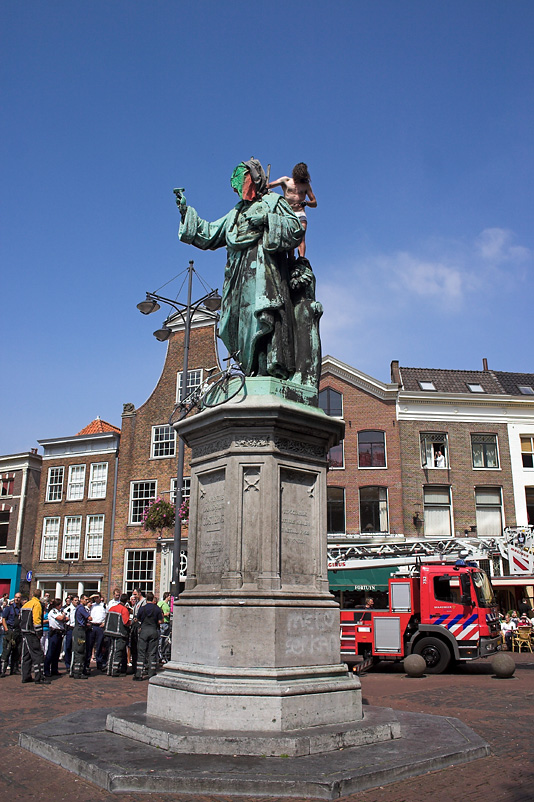 Note that he also had taken a ladder and a cd-player with him. The ladder was actually pulled up to his level, as if he was affraid somebody would run away with it. :D